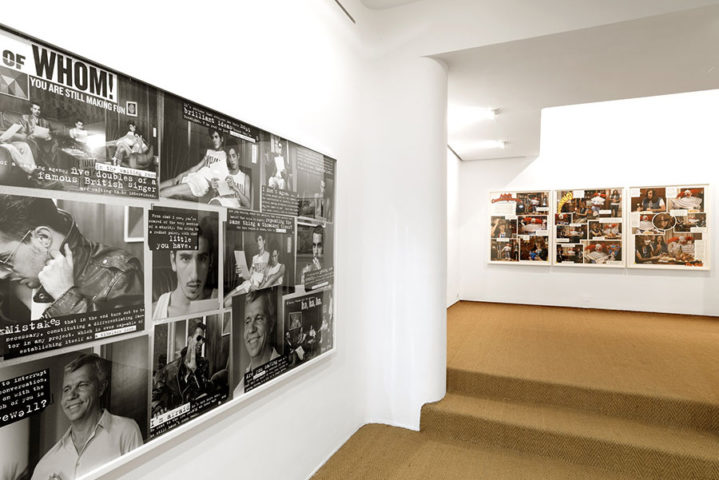 Adult Contemporary is the first individual exhibition of Carles Congost in Barcelona since 2005.

Adult Contemporary consists of a collection of recent work that combines different supports such as photography, object, drawings and music with the intention of placing a series of reflexions about human relationships on the scene, that include references to family, social background and our intimate beliefs. To realize some of the new proposals, the artist uses the romantic photo-novel format, reaffirming his interest for narrative aspects in the use of images. In these works, presented as large scale magazine or comic-book pages, the artist claims the validity of the format that becomes a tool with enormous plastic and expressive potential.

Carles Congost (Olot, Girona, 1970) lives and works in Barcelona. His work has been shown in multiple exhibitions, such as Say I’m your number one in the MUSAC in Leon (2007), Memorias de Arkaran in the CAC in Malaga (2006), Un mystique determinado in the CGAC in Santiago de Compostela (2005), That’s my impresión! in the CAAC of Seville (2002), Popcorn Love in the MNCARS in Madrid (2001) or Country Girls in the Fundació Joan Miró in Barcelona (2000). He has also participated in numerous collective exhibitions in the Mücsarnok Kunsthalle of Budapest, the Haus der Kulturen der Welt of Berlin, the Centre Pompidou of Paris, the MIGROS in Zurich, the MAMBA of Buenos Aires, the Palais Tokyo of Paris, the PS1 Contemporary Art Center of New York or the Museum für Gegenwart in Berlin. Currently he participates in Yo Uso Perfume Para Ocupar Más Espacio, an exhibition in the Museo de Arte Carrillo Gil, México DF.