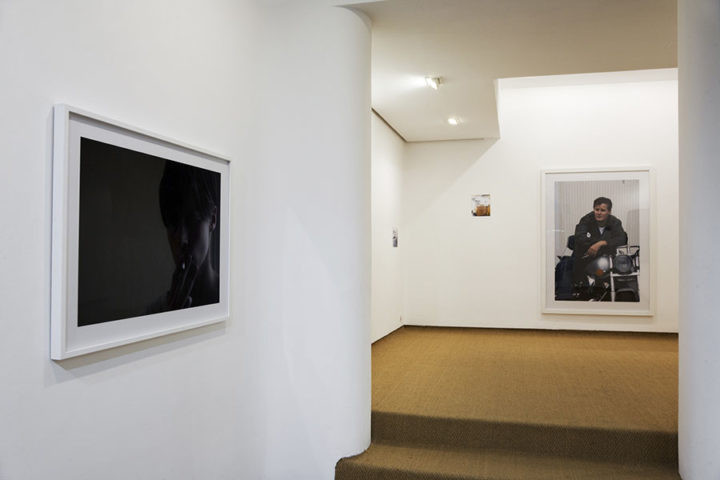 We present Cabello/Carceller’s show titled Archive: Drag Models, a photographical work that emerges from the need to analyze the influence of film models in the birth of different aesthetics in the collective imaginary, exploring the possibility of modifying mainstream discourses, acting from micropolitics.

In the narrative cinema, the one that is most widely watched, the screen acts like a mirror, simultaneously feeding the illusion of a dream. The ability of viewers for virtual immersion in alien stories is also the key that raises often unexpected identification processes, despite conventions and laws that govern social relationships.

Archive: Drag Models is presented as a gallery of portraits produced in several countries, through which are tracked the traces of film influence on the representation of alternative masculinities. Reassign and relocate masculinity encourage us to go beyond the deconstruction of existing power structures, in an essay to move masculinity away from prevailing masculinism. This project develops a collective portrait that shows the preferences in the selection of aesthetic and behaviour models of the women who have chosen to rethink and/or transgress the limited supply of gender assignment. These secondary stories allow us to discover identity roles that have been refuted for too a long time and stigmatised from the point of view of hegemonic aesthetics.

Along the project, the relationships between reality and fiction are intensified by the contrast between real circumstances and fictional spaces. The portraits are contextualized with images taken in the cities or places where different participants were or live when portrayed. The sceneries and the persons melt with the characters and the sets, questioning the archive as a perfect tool for regulation and taxonomy, and emphasizing an idea of chaotic categorization in the presentation of the project.