Enzo Cucchi first emerged on the Italian art scene in the 1970s as a leading figure and pioneer in the trans avant-garde movement, known for its break with minimalism, reviving vivid color use, figuration and symbolism. Aiming to restore myth, mystery and magic in contemporary art, Cucchi’s paintings and drawings revolve around eyes, flames, faces and lightbulbs in dreamlike surrealistic landscapes. The trans avant-garde movement became well known in art circles and is appreciated for its bold decision to return to the roots of what makes mysterious, mystical art so appealing.

Growing up in Ancona where he used to spend his time observing a painting -and book restorer, Cucchi began to paint and write himself, eventually becoming a self-taught artist as well as a writer. In 1977, he realized his first exhibitions in Rome and Milan. He often exhibits his work along with poetic verses he himself has composed. In his works the violent gestures, coloring, textured surfaces and instinctual charcoal lines lend his tableaux immediacy and drama. His confronting works draw the spectator into a fantastic, dreamy and at times disquieting microcosm with references to surrealism and neo-expressionism. 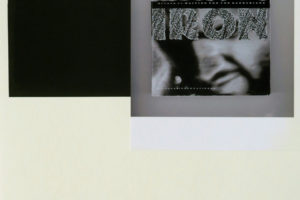 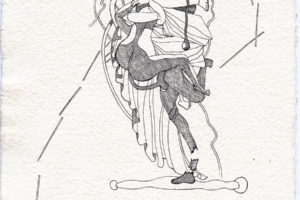 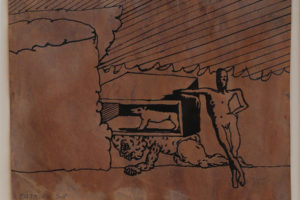 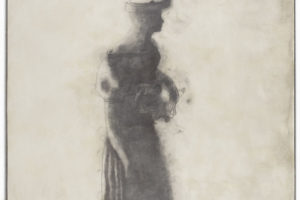