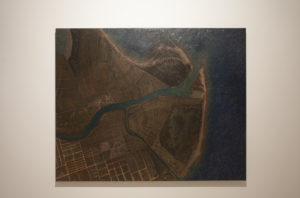 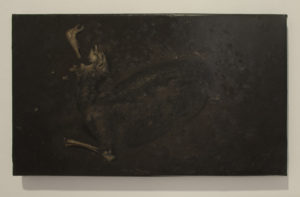 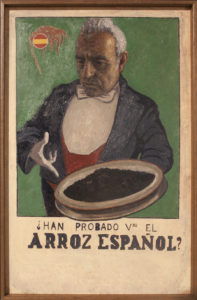 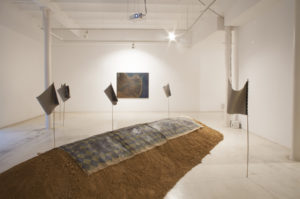 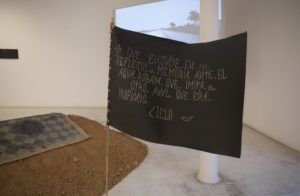 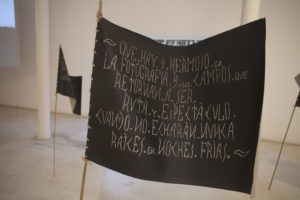 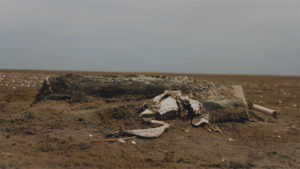 Lima, Perú (1992). Lives and Works between London and Madrid.

His work moves between painting, installation and public intervention, his research seeks a horizontal display of critical observations based on extensive documentary work. Daniel de la Barra tells us about the crisis of looking at nature, the representation of the landscape as an extractive process and the points of friction that exist between image, history and modernity. His multidisciplinary work gives us the opportunity to investigate the colonial conflicts that have relegated nature to a subaltern space of exploitation and domination and compose an exercise in countervisuality that reflects, from a global perspective, on the representation of the landscape as an extractive and exercise of power.

His work materializes in anti-landscape exercises through socio-environmental violence against neo-extractivism through a political and historical journey, reminiscent of botanical expeditions that reinforce ways of looking at the natural; like a landscape of conquest.

During 2022 he was an artist in residence at the Royal Academy of Spain in Rome (Italy), in addition to presenting his individual exhibitions at the Joan Prats Gallery (Barcelona) where he received the Collezione Taurisano Award for best exhibition, Ginsberg Gallery (Lima) and at the Central Museum of Lima as part of the exhibition of finalists for the XII National Painting Award. He has also exhibited individually this year at Frieze London and has received the grant as a new resident artist at the Delfina Foundation (London) and the Fundació Miró and Casa Velázquez Grant in Madrid for 2023.

In 2021 he developed the project “This is not a landscape. Episode II” at Homesession as part of its INVITED program and received the Catalonia Youth Art Award (Sala d’Art Jove) for publishing his book “Real Expedición Botánica” in collaboration with the Lo Pati Contemporary Art Center (Amposta) and La Panera (Lleida). He also did a residency at La Fabrique (French Alliance in Lima, Peru). In 2020 he was selected as a resident artist at Homesession (Barcelona) where he developed his project “This is not a landscape”. He exhibited “Desired Landscapes” at Arts Santa Mónica, “Considerations of the Modern City” at La Bienal de Amposta (Lo Pati Center d’Art) and his project “Subversion: Inhabiting Ruins” at El Born CCM (Barcelona). He did a residency at the Piramidon Center d’art Contemporani during 2019 and carried out several projects such as “Searching for Paititi”, Espai SubSòl, for the Barcelona Gallery Weekend, “Desired Landscapes” Escola de Estiu Walter Benjamin, Portbou or “Pateras Carnaval – Well-being trips” for Luminaria 04, Madrid. In 2018 he received a scholarship at The Nerdrum School (Sweden). He also obtained the La Escocesa (Barcelona) Research Grant in 2018 and 2019, the 2019 Art Jove Award (Sala d’Art Jove), exhibiting at the Sala d’Art Jove. That same year he received the IdeaBorn International Prize and was a finalist for the Ricard Camí Painting Prize (C.C.Terrassa). In Peru, in recent years, he has been a finalist for both the ICPNA National Contemporary Art Award and the National Painting Award (MUCEN), exhibiting at the Central Museum of Lima and the Juan Pardo Hereen Gallery.