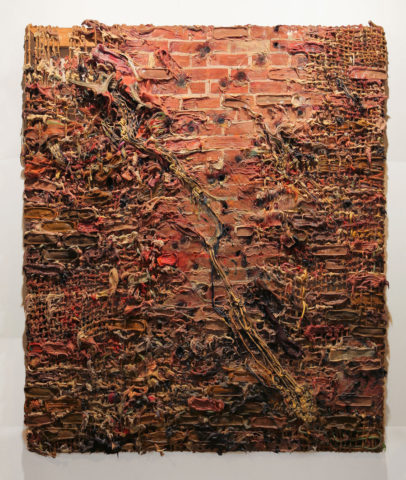 Lives and works in New York

Fabian Marcaccio is one of the pioneers of digital painting. Attempting to redefine the pictorial genre, his work extends the temporal and spatial parameters, and tracks the integration of the hand-made and the machine-made.

In the nineties, he worked with composition and digital printing and, later on 3D printing, to create pictorial works that he calls Paintants, a neologism from painting and mutant. Marcaccio considers painting as a constellation of changing content, sometimes rendered as panels, sometimes as 3D configurations, sometimes as animations, and sometimes on an environmental scale.