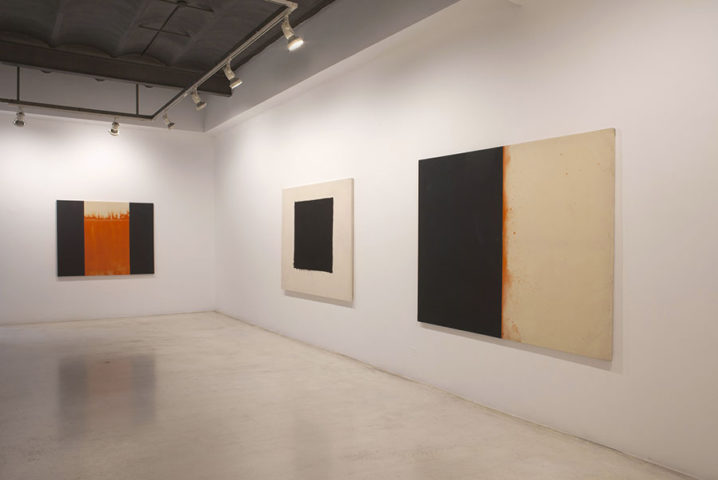 After the exhibition dedicated to him by Fundació Miró, which gathered sixty years of artistic practice, we present the most recent work of this exceptional creator, who conceives painting as a space of relationship with the world and, at the same time, as an impulse, an emotion and that has stayed away of the tendencies and the prevailing movements throughout his trajectory.

His work is characterized by the importance of color and debate between subtlety and intensity, between openness to nature and introspective recollection. Bound since 1955 to the language of abstraction, he has been influenced in different moments of his life by Anglada Camarasa and Brossa, two artists who, beyond an aesthetic, provided him a vital and ethical attitude towards art. Borrell’s work has been and is currently intense and constant, always moving in parameters that he repeats with rigor and dedication.

The color in Alfons Borrell’s work is an invading agent that moves and fluctuates; the artist defines it as an extension of the person, which blends you with the environment, “if you walk through a forest full of fir trees you turn green, if you could immerse yourself in the sea you would get out blue… ” He says” I would like to be painting “. It is a vision of color and painting, linked to the concept, to the thought, and also to the experience. Borrell uses only five pigments extracted from the earth, green, blue, orange, ocher and gray; while white, from the surface of the canvas, emerges as an apparition of light.

To this work of color, which he has been using repeatedly for its symbolic connotations, the perception of presences and absences, from a particular experience of limits, is added. In his paintings, vertical lines cross the surface symbolically designating a presence, horizontal lines refer to the horizon, and the inability to contain color matter, which sometimes overflows marked margins, shows us the experience of the unlimited.

Borrell’s work needs an active contemplation on the part of the viewer, who establishes a relation of tension with the works. Their experimentation does not depend on codes of interpretation or previous knowledge, but his painting seems to go directly to the observers, interpellating them, but always leaving a space of freedom as a possibility to inhabit its language.

Alfons Borrell (Barcelona, 1931) lives and works in Sabadell. After an initial stage of formation in figurative painting, he got started in abstraction in 1955, with works close to informalism. Far removed from the academic art, he was part of Grup Gallot, an iconoclast and revolutionary group linked to gestural abstraction. This radical experience allowed him to find his own way, of sobriety and silence, throughout the 60’s. From 1976, he began to title his works with the exact date of its completion, like a journal, the same year that he participated in the group show Pintura 1, in the recently inaugurated Fundació Joan Miró of Barcelona, where he would return with a solo show two years later and, in 2015, with a great retrospective. Among the recent years’ exhibitions, stand the one held in 2006 at Centre Cultural Santa Tecla, L’Hospitalet de Llobregat, which traveled to Museu de Sabadell, the one about work on paper held in 2011 at Fundació Palau de Caldes d’Estrac and the one held the same year at Fundació Vila Casas. He has participated in group shows at MNAC, Centre Cultural Tecla Sala, MACBA, CCCB and Centre d’Art Santa Mònica, Barcelona, Museo Rufino Tamayo, Mexico City, Flanders Contemporary Art, Minneapolis, and the Museum of Contemporary Art, Philadelphia. In 2014 he received the GAC prize, an honorary award in recognition of his long career. 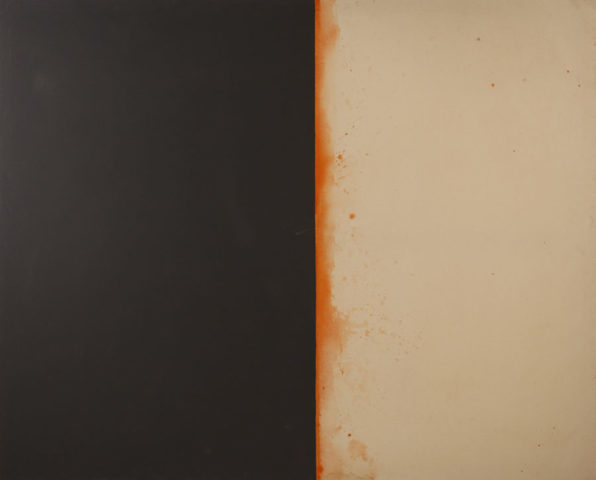 Alfons Borrell is one of the most prominent representatives of lyrical abstraction in Catalonia.

After attending the studio of Anglada Camarasa and the School of Fine Arts of Sant Jordi in Barcelona, Alfons Borrell began his artistic career in the fifties, within figuration at first. His work evolved into abstract expressionism and, already in the sixties, to the gestural painting.

In the mid-seventies he developed the style of its own, detached of any label, characterized by a sober chromatism that  is consciously disassociated from the material informality. In his painting, the color is imposed on the form, from a language that waives any reference, craving and seeking restraint and rigor. 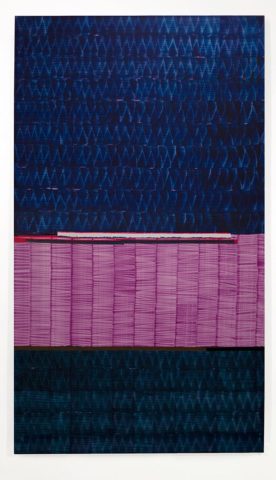