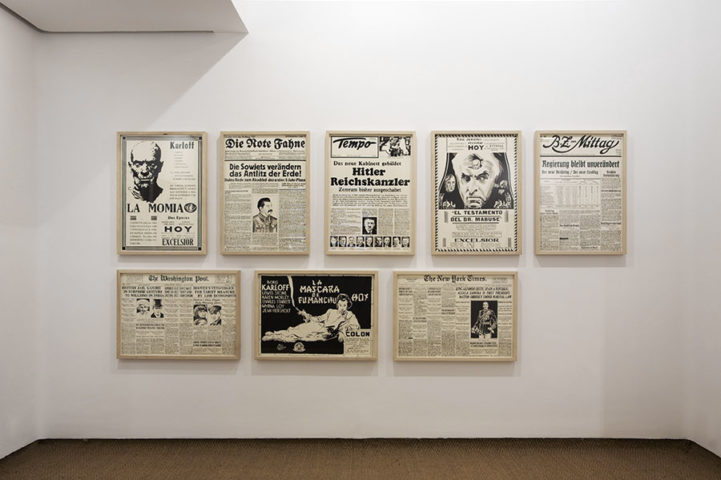 We are pleased to announce Fernando Bryce’s second exhibition in Galeria Joan Prats.

At the end of the nineties, Fernando Bryce started developing a project based on the copy, ink on paper, of series consisting of photography, press cuts, adverts, promotional propaganda…, to begin with the intention of proposing an exercise about history of power and the images of his country of origin, Perú. Very soon, the archaeological investigation on documents extended to moments and determining historical characters of the XXth century, with a double intention; on the one hand, to rescue from the past documents and images expressly forgotten by official history, and on the other, to freeze in the present those destined to be rapidly forgotten by the structure of power in media.

For his second exhibition in the gallery we present his recent work L’Humanité, focused on the 1930 decade. This series is composed of 47 drawings that reproduce images of international press headlines of this period, noted for the raise of authoritarian regimes in Europe, a strong international economical crisis and the ascending violence that would lead to World War II. It also includes images from cinematographic posters, with its characteristic sensationalist emphasis. The exhibition is closed with the piece The World Over/1929, consisting of 4 drawings of world maps from an American magazine. His work demonstrates the construction of the news, the representation of power and the imaginarium of a time, proposing a new view about history and discovering the univocal discourses of the ruling powers.