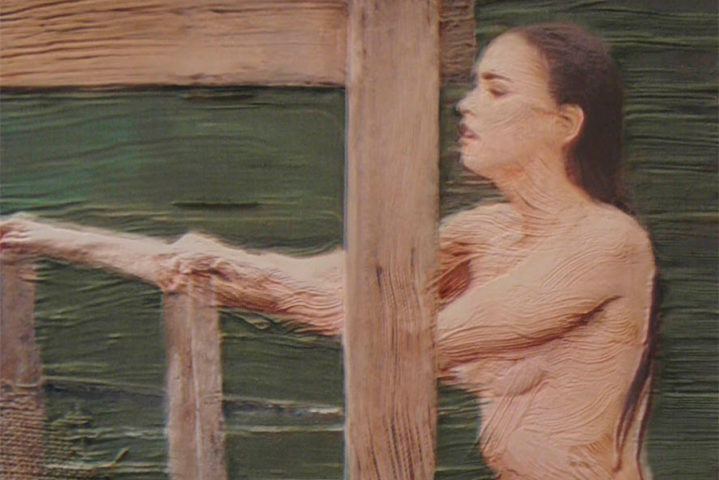 Through a picture taken by paparazzi of actress Megan Fox, Fabian Marcaccio has committed himself to a project that makes him treat painting, drawing, sculpture and even digital animation, taking as a result the eight Variants shown in the exhibition. Every work implies a totally different approach to the same subject, approach somewhat opposed at times to the starting image.

Fabian Marcaccio reflects on painting from the traditional limits working with different media, daring to introduce, for example, digital techniques to his painterly practice. The content of his works may seem improper within painting. Some of them may even assume an adequate scale for installation or to turn three-dimensional. His paintings face the unitary, using multiple parts and details that never create a strong whole. In this way, Fabian Marcaccio considers how to compose with diverse materials and techniques a work that proposes a vision on the contemporary pictorial realm.