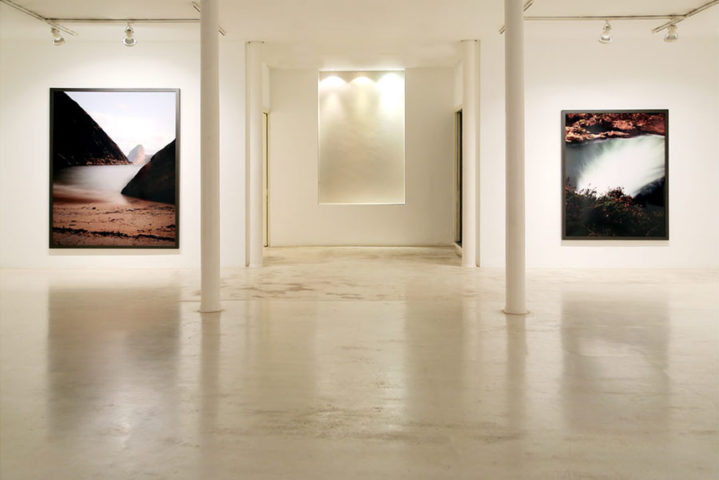 We are pleased to present Altamira, the third exhibition of Caio Reisewitz at Galeria Joan Prats, which brings together his most recent work, such as photographs, collages and video.

Altamira refers to a Brazilian municipality, where a forest called Belo Monte, bordered by the Xingú river, will disappear due to the construction of the third largest hydro plant in the world. This project has been widely contested since it will represent a huge environmental impactand will put at stake the survival ofmanyindigenous peoples.

Caio Reisewitz’s work explores the exploitation of ecosystems by the man and their destruction involved. Paradoxically, in his photographs, we see an untouched nature where human presence seems deleted. The artist often records the hectic attempt of his country to achieve economic development, and details the global ecological problems arising from the indiscriminate destruction of Brazilian forests, leaving a space for the hope that nature and human culture can share the same interests someday.

As a background to the show, there it is the recent disclosure in Brazil of several scandals involving corruption, such as a major operation organized by the federal police called “car wash” (Operação Lava Jato) that has affected some public figures, and also a state of anesthesia and fantasy, an emotional conjunction that is present in all the works shown.