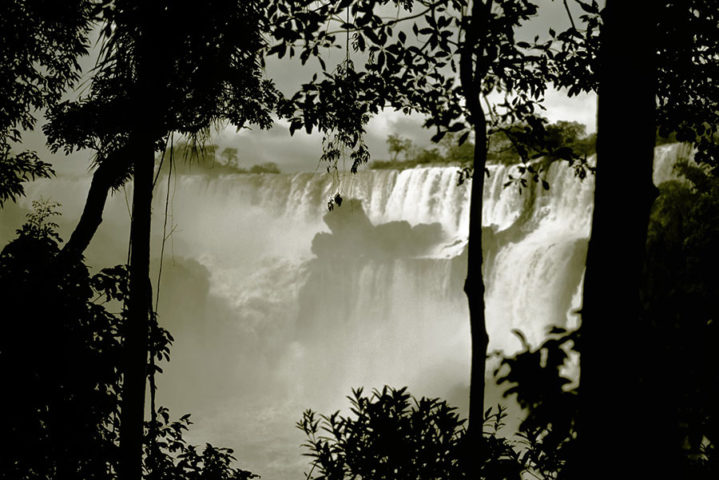 In agua que cai, the second exhibition of Caio Reisewitz in the gallery, we present his most recent work; large scale photographs and a series of photomontages.

By means of photography, Caio Reisewitz approaches different subject matters, such as the representation of natural spaces and the repercussion of aggressions and disasters in nature. His large scale photographs deal with landscape redefining aerial perspective and inviting to reflect through a critical gaze.

The works by Caio Reisewitz that we present seek to capture the greatness of the natural reserves while evidencing the immensurable abyss between man and his object of perception. The spaces taken by Caio Reisewitz show us the progressive wearing of nature as a result of human action. Images in his work, in their soberness, pretend to generate complicity and to introduce the spectator in their physical space as a contemplating subject.