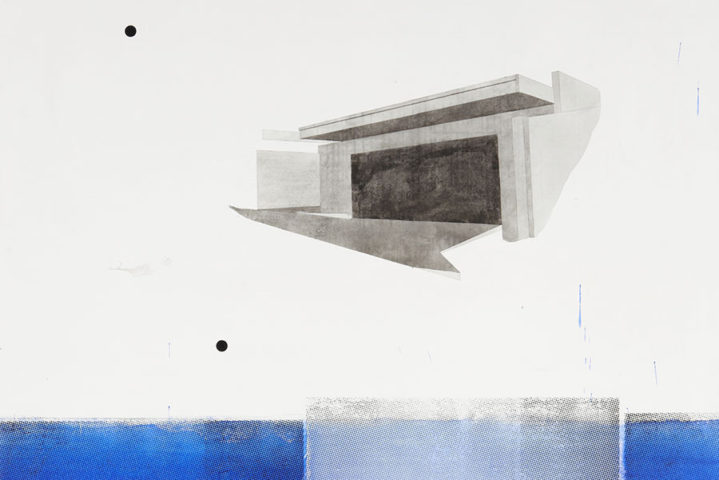 In Remarks on Colour 2, we present the new exhibition by Julião Sarmento, introducing his latest work, canvases, collages and photography.

Julião Sarmento has developed a visual discourse that looks into memory and transgression, seduction and desire. The richness and complexity of his work lies in a system of free signifiers   travelling through the works and across his own limits. The use of regular patterns such as the expression of the hands, the body language and architectural floor plans achieves a free-play of associations that avoids to settle into a meaning.

The exhibition takes its name from Ludwig Wittgenstein’s work Remarks on Colour, who affirms ‘‘There is no phenomenology but there are indeed phenomenological problems’’, and focuses on the analysis of mechanisms of sensory perception of colour.

In the canvases, the white surfaces of the paintings and the partially erased forms, appreciable in the work of Julião Sarmento, coexist with the three primary colours: red, yellow and blue. Silkscreened photographic images leave the dominating white empty and highly charged simultaneously. The collages make allowance for some philosophical notes mixed with silkscreened images of Modernist houses in Silver Lake, Los Angeles, and unrelated photographic images.

The conception of these contrastive components, deliberately artificial and controlled, making resistance against the coherent narrative, conceding to the viewer the freedom of interpretation.

Charged with suggestion and incertitude, the current work of Julião Sarmento deals in the impossibility of truly comprehension of Experience.