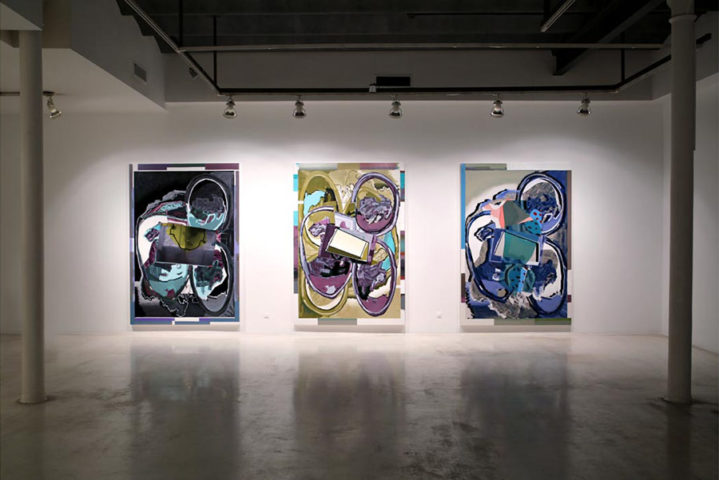 We are pleased to present the exhibition of Luis Gordillo Aproximación-aproximándose, in which we will show recent paintings, drawings and photographs.

Luis Gordillo has used and taken support on photography throughout his career, in a functional way first, as a model, and later on in a consciously more creative way, even as a way of searching within the painting.

In the seventies, Luis Gordillo used black and white photography with numerous objectives, although the most important one and the one goal that has been maintained over the time is the analysis of the organic elements of painting, neutralizing and objectifying the gesture.

The exhibition Aproximación-aproximándose sets a point of expansion of photography in Luis Gordillo’s work, in which the artist seeks to create a space where painting and photography talk and interact.

Luis Gordillo is still interested primarily in painting as a body inquiry; however, with the technical intervention of photography he creates a dialectical tension, a growing mental space.