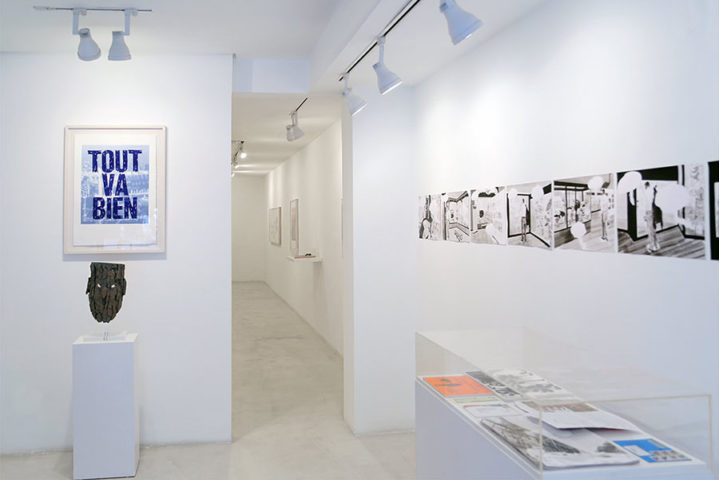 Prova rebutjada (Tout va bien) -*Evidence rejected (Everything’s OK)– offers a journey through works united by their liminal character and by their poetic way of determining their political status, common thread of their method of resistance.

The name of the exhibition combines the titles of two works presented in the exhibition: Prova rebutjada, by Joan Brossa, and Tout va bien, by Muntadas. While the first title asserts with administrative rigor a reality without revealing that it has no escape, Tout va bien brings an immediate comfort, but projecting a sarcastic precariousness. This declaration, contained in the signs of its ambiguity, casts an ironic light on these triumphalist slogans of the 2000s, slogans that did not hesitate to relate the economic effervescence with promises of happiness. The exhibition brings together, in this line, works that mobilize strategies and micro-political spaces to question hegemonic discourses. In front of the apparent consistency of the dominant narratives, most of the works opt for a juxtaposition of ideas and a brief structure reminiscent of the form of the haiku.

Prova rebutjada (tout va bien) refers to the rhythm of gestures presented in the works: vital and content modest gestures that, instead of claiming their impact, they influence with critical tactics against the established narratives.