Lola Lasurt’s work takes its roots from a testimonial material belonging to a distant past, from a temporary space that the artist has never been at hand, and works on des-time aspects, avoiding the historic doctrine as an open and self-critical enterprise and surveying it all, both through the phenomenon of recognition and by means of the generation of strangeness.

With a critical approach to the idea of nostalgia, Lola Lasurt carries out an analysis of the recent past characterized by a paradigm shift in the social, political and self-referential facts in the art world itself, working on the relationship between this space and the how-to-build oneself and the collective identity, in an organization system which does not distinguish between culture and heritage, popular and institutional initiative.

The artist is interested in individual historical time, in its relationship with behavioral guidelines of the hegemonic culture, and in its processes for building collective symbols.

Her work is formalized through the pictorial installation, video, and is shown through collaboration processes. On the occasion of this exhibition, the first exhibition of Lola Lasurt in Galeria Joan Prats, the artist presents the following works:

El Partido. Mujeres casadas contra mujeres solteras, una iniciativa de Manuel Ramírez, barman del Club Federico García Lorca. Bruselas, 1976, 2014, project that recreates the football game in which married women played against single ones in the Communist Party annual festival in Belgium in 1976, that comprises a group of seventy-six paintings in the form of animated boards, made from moving images of the super-8 film documenting the original match. This work, the same way as it happens with Exercici de ritme, could be placed at the junction between the personal level, in this case linked to gender issues, and collective interests, as it reviews relevant aspects of recent history concerning moments of change.

Amnèsies, 2011, series of paintings based on pictures from the artist’s family album, where they appeared cut out by her father who, at a time, decided to take their context away and show only family members and acquaintances. Lola Lasurt’s work is based on this decision and involves the rearrangement of clipped images and keeping gaps of some pictures, as if, at some point, they had fallen or been removed. These painted gaps introduce amnesia in the family story and, somehow, evoke the discontinuity and fragmentation that define the mechanisms of construction of memories.

We are pleased to present the exhibition of Luis Gordillo Aproximación-aproximándose, in which we will show recent paintings, drawings and photographs.

Luis Gordillo has used and taken support on photography throughout his career, in a functional way first, as a model, and later on in a consciously more creative way, even as a way of searching within the painting.

In the seventies, Luis Gordillo used black and white photography with numerous objectives, although the most important one and the one goal that has been maintained over the time is the analysis of the organic elements of painting, neutralizing and objectifying the gesture.

The exhibition Aproximación-aproximándose sets a point of expansion of photography in Luis Gordillo’s work, in which the artist seeks to create a space where painting and photography talk and interact.

Luis Gordillo is still interested primarily in painting as a body inquiry; however, with the technical intervention of photography he creates a dialectical tension, a growing mental space. 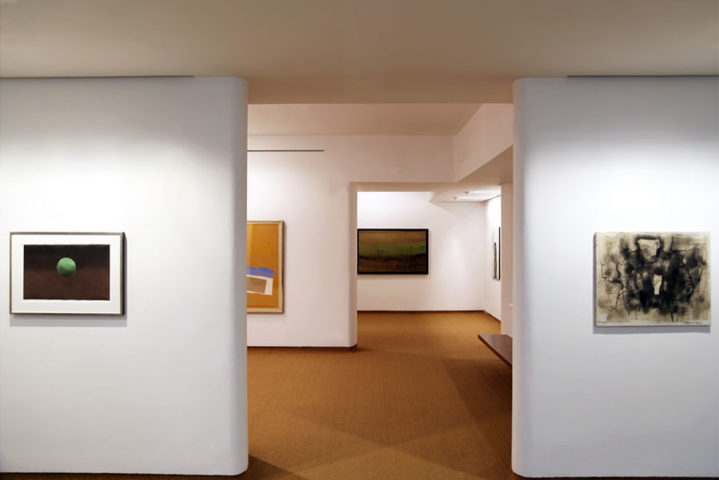 Galeria Joan Prats opened its doors on March 23rd 1976 with the exhibition Presència de Joan Prats, an homage to one of the most important figures of contemporary avant-garde art of Barcelona, who gave his name to the gallery.

Today, after 38 years, we say goodbye to our emblematic space in Rambla de Catalunya, so closed to Joan Miró, Joan Prats and Josep Lluís Sert who designed the inside project of the gallery, and we do it with an exhibition that aims to recall the activity of all this time.

The last exhibition in Rambla de Catalunya, Presència de Galeria Joan Prats, will therefore be another tribute: to all the artists who have exhibited here and have made this long history possible. 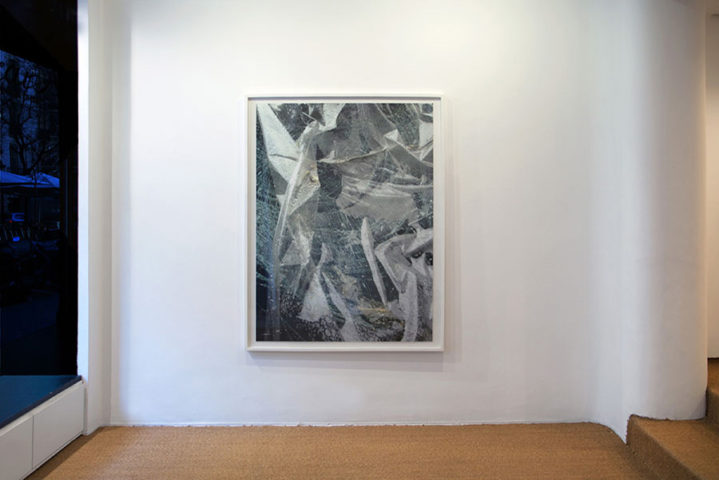 We are pleased to present the third solo exhibition in the gallery of Alejandro Vidal, It is all true even if it never happened, which brings together his most recent works of photography and video.

The work of Alejandro Vidal places us in a friction zone where almost all is uncertain. The greater part of society protests in front of a computer screen. The dominant networks manage entertainment as a control mechanism. Confusion is generalized and it is unclear which fight befits us.

The video Only enemies speak the truth, 2001, proves the necessity of political disorder, of instability; tools for the Individual to bring down the ruling system. Aspects like distrust, suspicion and paranoia are explored in The Potentiality of the worst, 2013. In this video, a bank executive who suffered from psychosis is looking for hidden microphones by means of an electronic detector. Terrified, he attempts to prove that what he thinks is happening to him is real. Vidal uses the images as recorded by the protagonist to plunge us in the culture of suspicion, of surveillance.

Critical Heat, 2012, gathers stills that the artist selects of amateur footage ripped from the Internet. In these images, sports cars burn their tires skidding on asphalt. The smoke produced refers us to conflicts, explosions, fires, accidents. Alejandro Vidal aims to redefine the value of image by questioning its hierarchy and loss of innocence, which is derived from its use. On the other hand, the photographs Tension and Release, 2013, show the front windshield of a crashed car where the crystal dust blends in with the rain and humidity, an approach towards a more abstract photography in relation to his previous works.