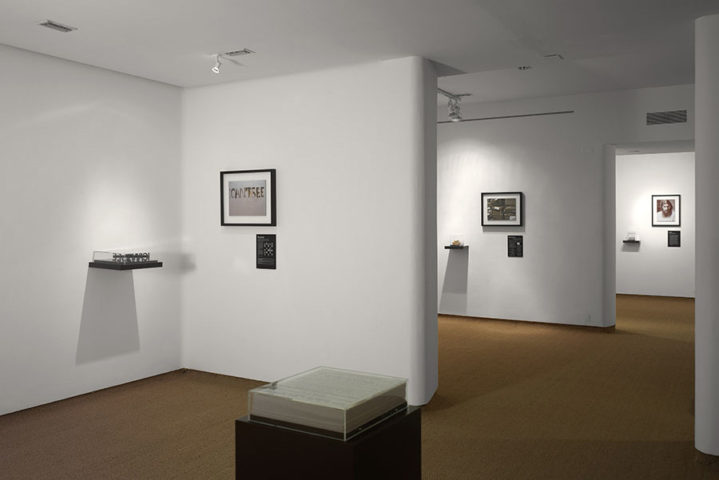 The exhibition “Serie Calculum, Calculum Series” is an essay about the concentration, the density and the creation of value in contemporary society through a group of objects and a series of maps and diagrams.

It’s a collection of elements of small format that as trace, point out and condense a social, political or economic problem and at the same time they present themselves as knots in a net or circuit that reveal a system or mechanism of construction on the concept of idea or ‘’value’’.

This project is related with the ‘’wunderkammern’’ or cabinet of wonders, where particular findings, artistic works, scientific discoveries were received under a unique category: that one of the wonder and surprise.

These collections were at a time group of objects and their systematization. It was the evidence and the micro-checking of the theories about the functioning of the world that were generated.

How is it that an object acquires a special value facing another and this value modifies other objects? How can this value imply a speculation and an added value, this manoeuvre to be the meaning and the object it’s significant? How is it that the production builds this value and that the transport of objects and their reintegration modify this categorization of objects? How can a collection be systematized and how are collections of objects formed? How do we select things of the world?

‘’Calculus’’ is translated as stone in latin and a ‘’calculum’’ is interpreted as a stone in a shoe. The calculations are speculations or projections according to a tendency but at the same time an intersection of forces and epistemological sedimentation. In such way the exhibition presents a display of drawings, photographs, maps, objects, newspaper bits as small problems that were found by chance in travelling through different places like Brazil, Korea, China, Mexico, Colombia and Spain and are evidences of problems of categories or value in each context and at the same time entries to a much more complex definition of what is selection and concentration.

During his artistic trajectory, Biennale of Sao Paulo, Biennale of Lyon, Site Santa Fe, amongst others, he has distinguished himself for using unorthodox formats such as the multiple, the ‘piece-book’ and experiments that try to link public art with graphic languages.

In his work he analyzes and dissects the powers that communicate the different graphic means in their distribution of information, and also of attitudes and values.