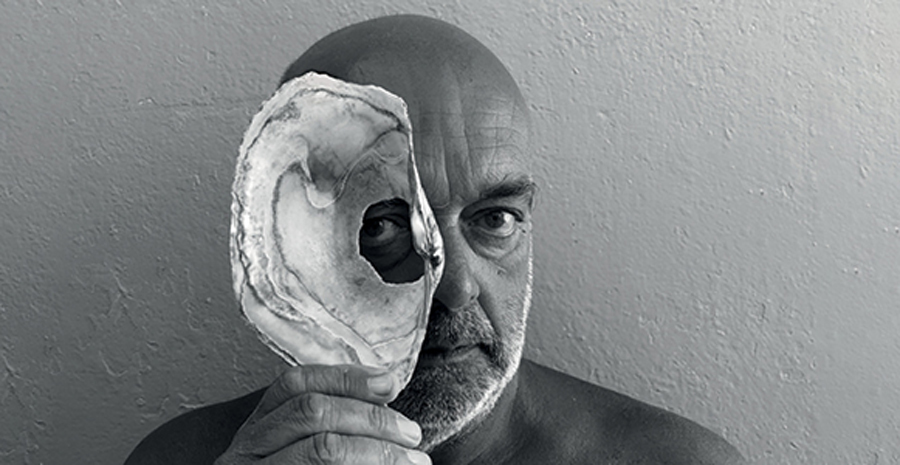 Specifically conceived for the Museum’s spaces, a single, large-scale work with a very clear autobiographic quality will reflect the ever-present relationship between Cabrita Reis’s artistic practice and his reflection on the role of museums. Far from any chronological concern, A ROVING GAZE includes photographs of a large selection of Cabrita Reis’s works from 1999 to the present, displayed on structures created by the artist, along with a series of objects, drawings, documents and other works, the whole generating a total installation environment in which the artist’s life and work intersect. 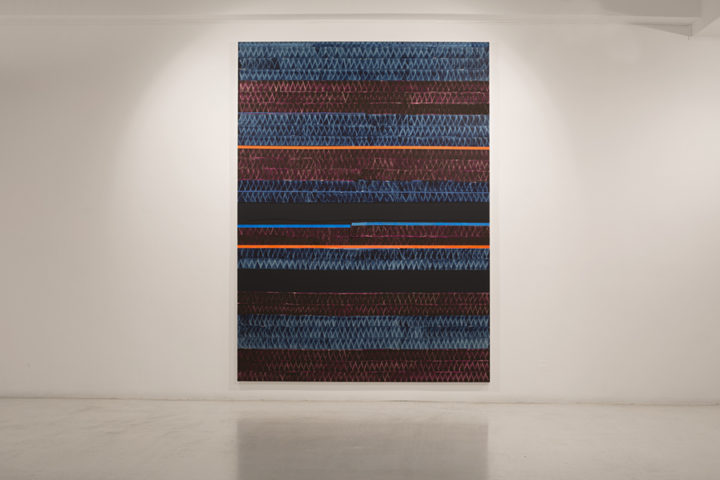 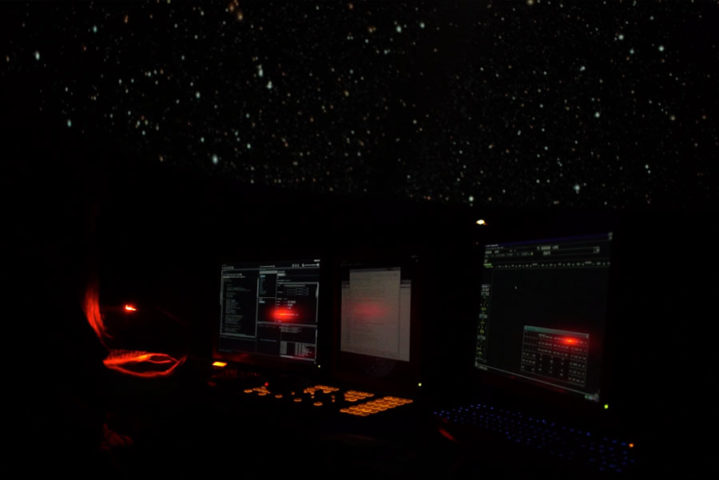 With motive of the Loop Festival, we present in our venue Joan Prats Warehouse a selection of recent videos and a sound installation by our artists Alicia Kopf, Annika Kahrs and Teresa Solar which link stories or personal reflections with the space exploration, technology and science.

The exhibition title, 26 thousand light years, refers to the distance that separates us from Sagittarius A* (Sgr A*), a supermassive black hole located in the center of the Milky Way, the observation of which seems to confirm that black holes grow by absorbing minor ones and stars. The scientific speculation towards the outer space often approaches science fiction, as it appears in the works we present.

Alicia Kopf’s video Speculative Intimacy: An Understanding Of Control, 2019, suggests an emotional science fiction perspective in order to originate new stories about the interaction between bodies, human and non-human. The movie takes place in a near future where the borders between public and private have disappeared, the lives pass in continuous exposition. Michelle, its main character, investigates a concept in crisis: ¿What is intimacy? and talks about this topic with his non-human partner.

Annika Kahrs presents two works. The video solid surface, with hills, valleys, craters and other topographic features, primarily made of ice, 2014, shows a planetary where a starry sky is projected, at the center of which appears a circular light which would appear to be the moon, but it turns out to be a focus. In this work from 2014, the artist uses picture and narrative to make a portrait of Pluto, the vision of which was about to change, since New Horizons, an unmanned mission from NASA, was headed to its orbit. Finally it overflied it on July 14th, 2015, and could, for the first time, photograph it closely. Until then, the scientific illustrations about the planet were based on speculation.

The other work by Annika Kahrs is the sound installation think about two black holes colliding, then brush your teeth and go to bed, 2019. This work in two parts is a sound installation exploring gravitational waves and their detection. In 2015, the first direct observation of gravitational waves was announced by LIGO. This moment was a record of the collision of two black holes. In the first part of her installation, using a toothbrush as an instrument Kahrs has recreated the sound of their detection alongside audio data courtesy LIGO. For the second part, Kahrs has recorded interviews between Dr. Keith Thorne of LIGO and contributors from different fields.

In Teresa Solar’s video Ground Control, 2017, the artist transforms herself into the clay ball that turns on the potter’s wheel. The image of the turning body is accompanied with fragmented stories that connect the accident of the space shuttle Columbia, exploding into pieces due to a failure in its protective shield, with the personal injuries suffered by the artist herself. The title Ground Control has a double meaning: it is a direct reference to the material, ground or clay, and the pressure exerted on it when working on the potter’s wheel and it also refers to the operations center from which the development of a spaceship is monitored. Through the title, this minimal communication experience and conflictual balance between subject and subject matter increases in scale, linking with space travel.

Alicia Kopf (Girona, 1982) lives and works in Barcelona. Her work reflects on apparently individual issues that have become generational concerns. The expressive dimension of her work is related to her studies in Fine Arts Literature Theory and Comparative Literature. She has exhibited in museums and art centers such as Accademia Di Spagna, Rome (2019), MAC La Coruña in the 15th Naturgy art exhibition (2018); Sala Mendoza, Caracas, Mazcul, Maracaibo (2017); CCCB, Barcelona, Museum of Antioquia, Medellín, Colombia (2015); Goethe Institute, La Capella and MACBA, Barcelona (2014); Fundació Tàpies, Barcelona (2013); Bòlit La Rambla, Gerona (2011) or CaixaForum, Barcelona (2009). Recently, she has exhibited in Azkuna Centroa, Bilbao, drawings of the series ‘Conquest drawings’, within the exhibition ‘Nunca real/Siempre verdadero’ curated by Iván de la Nuez. As a novelist, her most important work is ‘Brother in ice’, published in 2015, with which she won the Documenta Prize 2015, the 2016 Llibreter Prize, the 2016 Ojo Crítico Award and the Cálamo Otra Mirada 2017.

Annika Kahrs (Achim, Germany, 1984) lives and works in Hamburg. She has been awarded a number of prizes and scholarships including the Max-Pechstein-Förderpreis–Stipendium, of Zwickau, in 2019 and the George-Maciunas-Förderpreis in 2012, donated by René Block. In 2011 she won first prize at the 20th Bundeskunstwettbewerb of the German Federal Ministry of Education and Research. Kahrs has exhibited internationally, including Kunstverein of Kassel (2018), Kunsthalle Lingen (2017), Cité International des Arts (2016), Hamburger Bahnhof – Museum für Gegenwart, Berlin (2015), Kunsthalle Bremerhaven (2015), On the Road exhibition in Santiago de Compostela (2014), the Bienal Internacional de Curitiba, Brazil (2013), Hamburger Kunsthalle (2013), KW Institute for Contemporary Art, Berlin (2012), Kunst- und Ausstellungshalle der Bundesrepublik Deutschland, Bonn (2011), Goldsmiths University, London (2011), and the Velada de Santa Lucia festival in Maracaibo, Venezuela (2010).

Teresa Solar (Madrid, 1985) lives and works in Madrid.  She has been a resident and visiting professor in the Staatliche Akademie der Bildenden Künste from Stuttgart (2016), finalist in the Award Cervezas Alhambra de Arte Emergente (ARCOmadrid 2017) and of the program for mentors Fundación Rolex (2016), she received the production scholarship of Fundación Botín (2014), of CAM (2011) and the award Generaciones (2012). Currently she presents in Index, Stockholm Ride Ride Ride, an individual exhibition that had been in Matadero (Madrid) with the title Cabalga, Cabalga, Cabalga. She has recently shown Flotation Line at Der Tank, Basel (June 2018) and in the program Compositions of the Barcelona Gallery Weekend (September, 2018) and has been part of the 2018 expedition “The Current” organized by TBA21-Academy. She has exhibited individually at La Panera Lleida (2016), Matadero Madrid (2014) and CA2M Móstoles (2012) and has participated in collective exhibitions at Haus der Kunst, Munich (March, 2018), at Kunstverein Braunschweig (June, 2018) , in the section “El futuro no es lo que va a pasar, sinóo lo que vamos a hacer” to ARCOmadrid (February 2018), at Kunstverein München, Munich (2017), the Fundación Marcelino Botín Foundation, Santander (2016) and Macro, Roma (2015), among others. 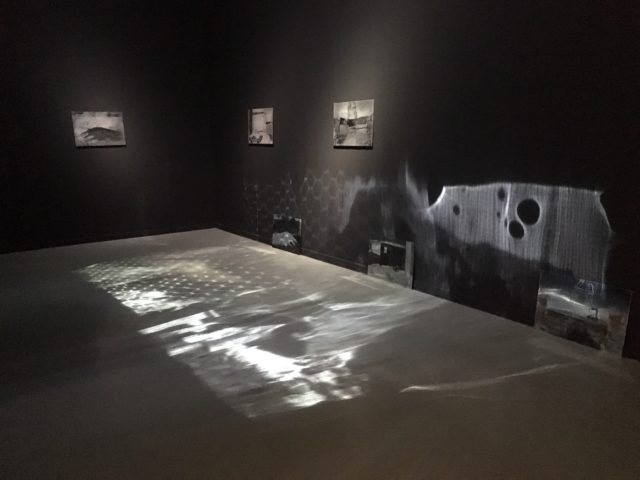 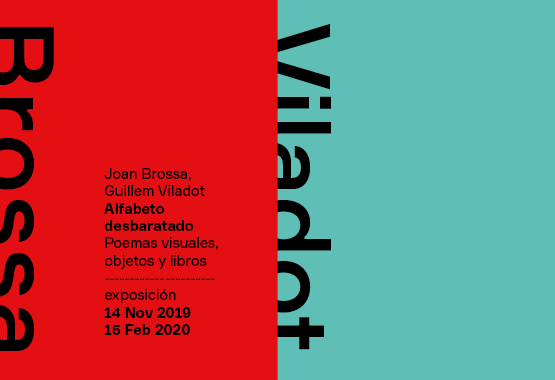