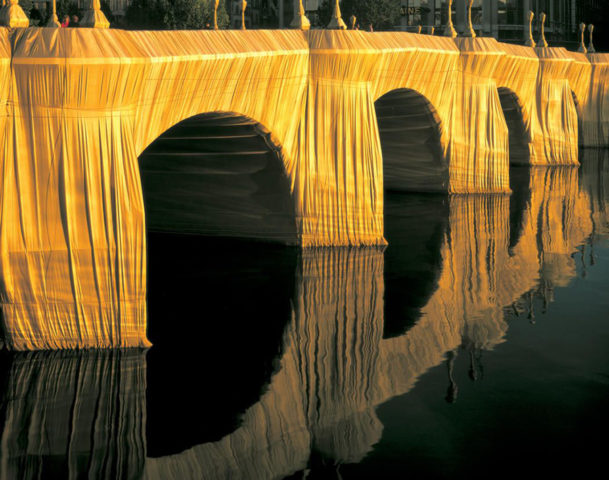 As of 1975, Christo and Jeanne-Claude developed the idea of wrapping the Pont-Neuf in Paris in a golden sandstone-coloured polyamide canvas, which would cover the sides and the vaults of the bridge’s twelve arches, the parapets, the edges and the footpaths (the public could walk on the canvas), its 44 lamps and the vertical walls of the central island of the western end of Île de la Cité and the Esplanade du Vert-Galant.

The major exhibition devoted to Christo and Jeanne Claude retraces the story of this project, from 1975 to 1985, and looks back at their Parisian period, between 1958 and 1964, before the wrapping of the Arc de Triomphe in 2021.