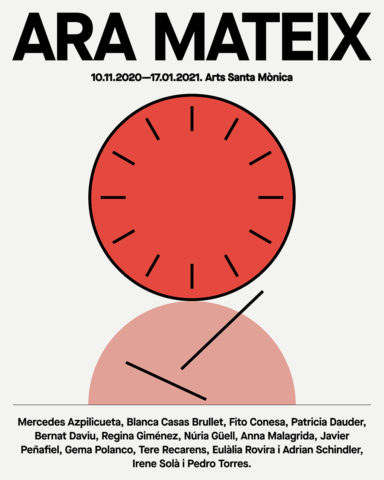 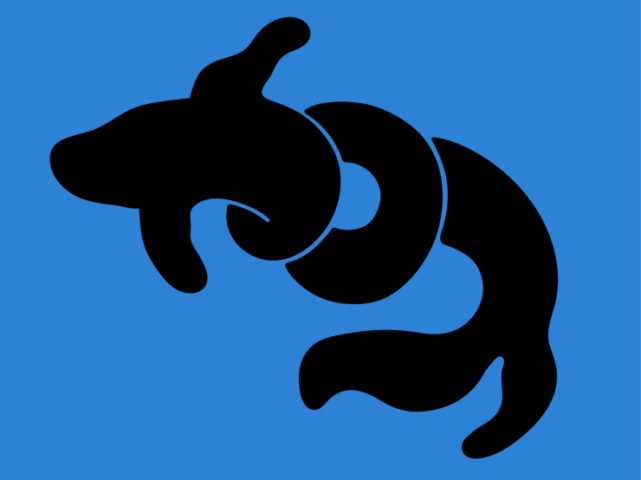 How many horizons are there? Imagine the surface of all the seas, oceans, rivers, and lakes of this world as a single horizon. The water line marks the boundary between everything that is above and all that lives below. In addition, water compels us to attain a balance, a lasting relationship between our bodies and all the materials we float on. In der TANK, Spanish artist Teresa Solar presents a new group of sculptures featuring animals, images, mythologies, and other elements that share a relationship with water and the sea. How does immersion alter our way of seeing? How does water — or the ether of an art space transformed into fictional water — challenge weight and volume, and colour and position? The work is conceived as a total environment that fills the entire exhibition space. 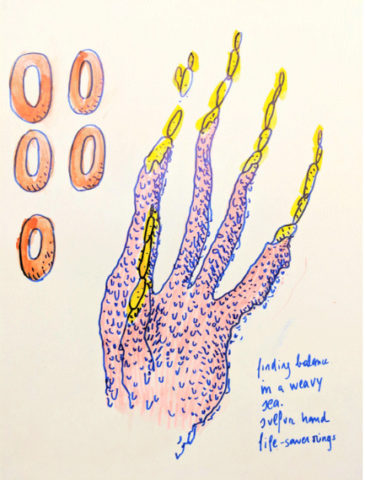 I decided to name this three-year cycle on artistic intelligence, philosophy, science and nature the Spheric Ocean. The Ocean is spherical because it is not beside the earth nor below it, but all around it. Its form is not what our eyes see, or not only. Its reality cannot be separated nor told apart from anything else on the lived earth, and therefore it poses a demand on us: the need for a philosophy to help us exercise the Ocean. It is difficult to describe what we are aiming for. I would say we are aiming for a philosophy more than anything else. It would be wrong to think that when one says “Ocean,” one is naming a “subject.” One could be as radical as stating that to say “Ocean” is, today, to say “art.” Art without the burden of institutional life, without the ideological twists of cultural politics, art as a practice that belongs and should belong to the artists, art facing the urgency of socializing with all those that care about life. Or, in other words, to say “Ocean” is to replace the historical notion of the avant-garde with a code that is not determined by form and the invention of new gestures, but by an investigation of the substance of life, identifying this as the mission of art.

At first sight there are “things” that can only be described in positive terms, like the Ocean. It is beautiful how some experiences of nature—of the Ocean—remind us that to live means first and foremost to feel the world around us. But sensibility is not just a faculty, sensibility is much more than that: it is an organ that both senses ourselves and others, and our life is through and through a sensible life. So, being at sea, I cannot but think of the many ways we need to—we must—rehabilitate sensible existence from its marginalization at the hands of modern philosophy, art, and politics and that the only way to do so is to create the conditions for philosophy, art, and politics by defining the ontological status of experience, of organic and inorganic intelligence.

The Ocean is making me aware of its philosophical status. Being at sea is being in an atmosphere, and being in an atmosphere is a very powerful image of thought, one that immediately calls for a challenge of the distribution of disciplines in the human sciences and humanities. I imagine a philosophy of the Ocean, a philosophy of plants, a philosophy of animals, as part of a philosophy of life that will, then, be entangled with all the developments in the philosophy of consciousness. I know that many think action is first, but how can we act differently if we are unable to deeply think/sense differently? Logically speaking, no real difference can emerge from a doing that only perpetuates or corrects and reforms past doing. Also, how can doing be separated from Modernity’s stubborn pretension to see the human spirit as achieved only through the material production of objects and their exchange, that is, material culture? So, doing cannot survive without an Ocean of conditions for biological existence… I see all this water and feel a monstrous urge to reunite all thinkers and artists to meet here and start this new school of sensing intelligence.

And the next question arises: is the Ocean an art space? Or a future space within the arts? We will be addressing this paradoxical question at The Current Convening and Summer School we are organizing in Venice, in the last week of September.

TBA21–Academy, founded by Francesca von Habsburg in 2011, and drawing on her experience as a producer of cross-disciplinary art installations and socially engaged cultural programming, leads artists, scientists, and thought-leaders on expeditions of collaborative discovery. TBA21A–Academy under the directorship of Markus Reymann is guided by its mission to foster a deeper understanding of the ocean through the lens of art and a belief in the power of exchange between disciplines to engender solutions for the ocean’s most pressing issues. Chus Martinez will envision three expeditions of The Current ’s second cycle. The Current is TBA21–Academy’s three-year field study programme for artists, cultural agents and scientists. Its aim is to value the crucial role artistic intelligence plays in understanding the radical reality of our climate, as well as to help us engage emotionally and cognitively with the ocean and all who inhabit it. 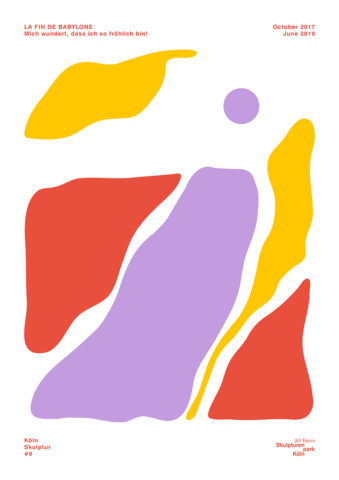 Under the exhibition title “La Fin de Babylone. Mich wundert, dass ich so fröhlich bin!” the curator Chus Martínez invites you to listen to the stories that the park has to tell.

The focus is on eight new works by artists Andrea Büttner, Claudia Comte, Jan Kiefer, Eduardo Navarro, Solange Pessoa, Lin May Saeed, Teresa Solar, and Pedro Wirz. The artworks are not magic, though they all share the idea that sensation is what fuels a new imagination of the world we are living in. They all animate the nonhuman – nature, metal, wood, stone, Earth – and bear witness to a common territory between us and animals, between plants and geological life.